Probation is the time for which the court puts an offender under supervision. So, instead of serving jail time, probation offenders are given a chance to improve their behavior and avoid prison.

At a federal level, it’s regulated by the National Probation Act of 1925, signed by President Calvert Coolidge.

The burning question is:

To find out, at The High Court, we decided to study the latest probation stats.

Let’s check them out.

US Probation Reporting for 2018

The term probation differs according to the jurisdiction. So, it can mean a community sentence, suspended sentence, or supervision to someone on parole – conditionally released from prison.

The stats reflect that.

1. The adult correctional population in the United States with local jail status in 2018 was 738,400, BJS probation statistics reveal.

US residents’ correctional status can be one of the following – probation, prison, parole, and local jail. The vast majority of the correctional population has a probation status.

The number of US residents on probation fluctuated between 2000 and 2018, probation facts tell us. It peaked in 2007 at 4.29 million and then began to decrease gradually. In 2018, there were roughly 3.54 million probationers.

Looking specifically at the history of probation in the United States, the most drastic increase is evident in the period between 1980 and 2016. Click To Tweet

In contrast to the number of residents on probation in the United States, which has been going down in the past two decades, the number of people on parole population has been rising. 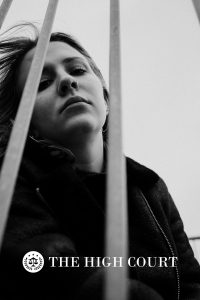 4. In 2018, the entire US adult correctional population was around 6.41 million.

The correctional population includes the probation and parole statistics as well as those of incarcerated US residents.

The adult correctional population had been growing until it reached 7.34 million in 2007. At this point, it started to decrease, falling to 6.41 million in 2018.

5. The number of probationers exiting probation by completion in 2018 was 1.08 million.

Probationers can exit state probation in several ways besides by completion – as an absconder, because of death, discharged to warrant or detainer, incarceration, or other unsatisfactory reasons.

It’s quite common for probationers to exit in an unidentified way or for there to be no record of the type of exit. Perhaps somewhat surprisingly, this was the case for as many as 296,321 individuals in 2018.

Similarly, the type of supervision exiting by parolees can vary. The types of exiting supervision can be by completion, return to incarceration with revocation, a new sentence, as an absconder, because of death, and so on.

In 2018, the number of parolees who exited supervision by completion was around 240,542. The same year, the number of those who lost police contact while on probation and absconded was 8,927.

Additionally, 70,244 returned to incarceration with revocation, and 31,029 did so with a new sentence.

The figure then grew to $60.9 billion in 2018. The same year, California spent $9.1 billion on corrections that include incarcerated/supervised offenders.

To get some perspective:

In 2017, approximately 3% of state and local direct general expenditures went on corrections.

8. Probation service fees in Massachusetts cost those on probation over $20 million each year.

Three out of four people under state correctional control in the Pilgrim State are on some sort of probation. When on probation, people are placed on one of two tiers. The first one is supervised, and the second is administrative.

As the average probation sentence is between 17 and 20 months, people sentenced to probation are charged between $850 and $1,300.

These numbers, multiplied by the number of people sentenced on probation, equals roughly more than $20 million every year. And this sum includes only the monthly probation service fees – not the numerous court fines and fees. This might give you a clearer picture of the cost of probation vs incarceration.

US Federal Probation: Effectiveness of Probation 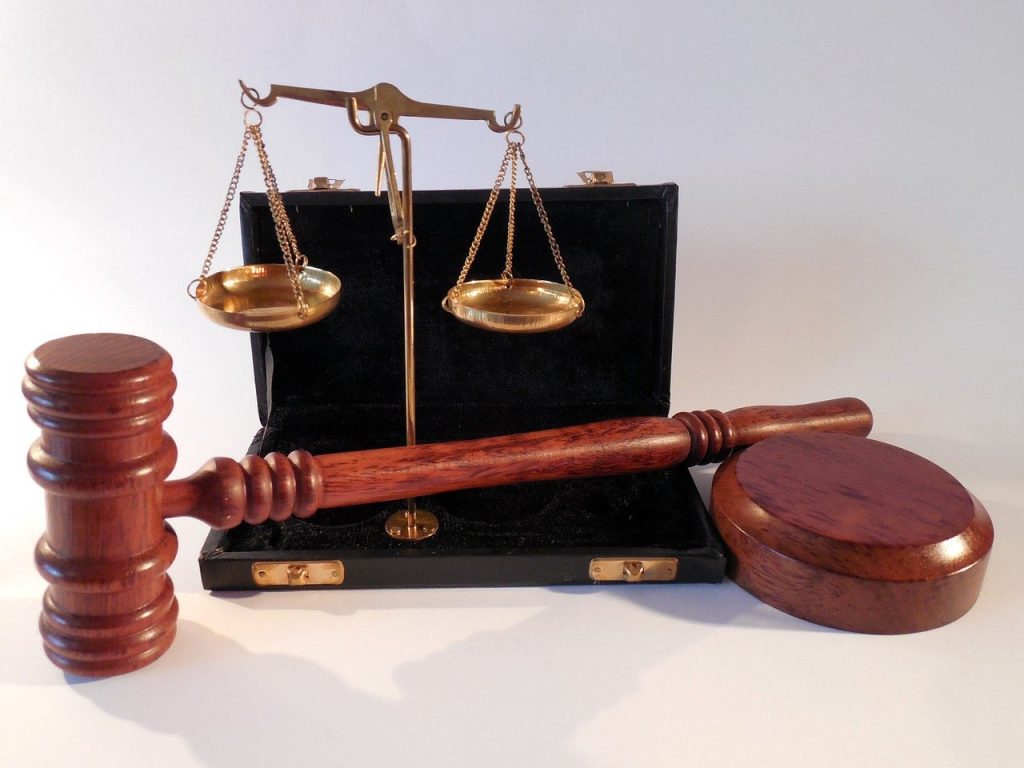 9. Nearly one-third third of the roughly 2.3 million people who exit probation or parole annually fail to successfully complete their supervision.

Annually, almost 350,000 people return to jail or prison, often because of rule violations rather than new crimes. These findings from the PEW report and Federal probation guidelines demonstrate the need for policymakers and the public to scrutinize the correctional system.

10. One in four people in state prisons is incarcerated as a result of supervision violations.

At least 168,000 people were incarcerated for technical violations of probation or parole in 2016, such as frequent failures in the electronic monitoring systems. In 2019, the Council of State Governments found that 45% of state prison admissions nationwide are the result of supervision violations.

11. In 13 states, more than 1 in 3 people in prison are there up due to a supervision violation.

In some states, more than half of all prisoners are incarcerated due to such violations. Idaho is on the top of the list, with 62%. Arkansas (54%), Montana (54%), and Wisconsin (52%) follow. These numbers include the probation and the parole statistics by state.

In as many as 20 states, more than half of all prison admissions are the result of supervision violations. Click To Tweet

12. 46% of all parolees successfully complete parole without violating any of the given conditions or committing a new crime.

Not even half of the parolees successfully fulfill the probation period. To be more precise, around 200,000 people are back behind bars each year because of not following the rules.

This represents a mind-boggling 500% increase in the last 40 years.

This increase is partly the result of the changes in sentencing law and policy and not changes in the violent crime rate. Consequently, the prisons are facing challenges with overpopulation and putting more fiscal pressure on states.

Even though there is increasing evidence that mass incarceration will not ensure public safety, the penal system is rapidly expanding, and wrongful convictions are not uncommon.

Consequently, evidence-based sentencing was adopted, as well as reforms in corrections that prioritized supervision, different types of probation programs, treatment resources aimed for higher-risk individuals (people on supervision who do not have access to treatment for substance abuse).

Usually, women in prison have a history of physical and sexual abuse. This part of the population has high rates of HIV and substance abuse problems. The highest number of women in State and Federal Prisons, 112,867, was recorded in 2010. In 2018, the total was 110,845.

16. By 2016, women accounted for one-quarter of the probation population, probation stats reveal.

When it comes to the number of men and women under supervision, an imbalance is also present. Men are more likely than women to be supervised, at a rate of about three and a half times.

By 2016, women accounted for one-quarter of the probation population.

17. African-Americans are disproportionately represented in the probation and parole systems.

Virtually all demographic groups in the population under supervision are represented. However, similar to the racial gap in incarceration, black adults are about three and a half times more likely to be supervised than white ones.

African-Americans represent 13% of the US adult population, but they account for 30% of people on probation or parole. Plus, many states do not report ethnicity data.

18. In 2016, 26% of the people who have lost the right to vote due to felony disenfranchisement were on probation or parole.

Did you know that a felony conviction may lead to the loss of the right to vote? The felony disenfranchisement period varies in 48 states.

In some states, voting rights are restored upon probation completion. In others, though, the disenfranchising is for life.

19. In 2020, 22% of the people who have lost the right to vote due to felony disenfranchisement are on probation.

This percentage amounts to 1,135,731 people. Keep in mind that the 2020 data is an estimate based on year-end 2018 data and the recent state-specific trends in each state.

One thing is clear, though:

In the last 40 years, many communities have been significantly affected by states’ felony disenfranchisement policies.

In the past decades, the national trends of probation and parole show a drastic increase. The shock probation statistics indicate that the number of people in the correctional system has been increasing, too.

Only recently, the number of people in the correctional system started to decrease as a result of the widespread public debate on mass incarceration. According to the latest probation stats, this also was due to the number of reports pointing out the ineffectiveness of probation in its current form.

How are things going to develop from now on?

Q: What is probation in the US?

Probation is when an offender is put under supervision instead of being incarcerated. Probation offers people the chance to improve their behavior and avoid prison. The different types of probation include a community sentence, suspended sentence, or supervision of someone who is on parole – conditionally released from prison. Violation of the court rules at any given time may result in incarceration.

Q: How many people are on probation and parole?

Q: What is the effectiveness of probation?

The effectiveness of probation is a widely discussed topic. In the past five years, a number of studies, analyses, and reports from multiple policymakers and other organizations have aimed to provide a clear picture. Some of them point out that the probation effectiveness statistics currently available aren’t sufficient and identify the gaps. However, the estimates are more than relevant and conclude that probation needs significant improvement in order to be more effective.

Q: What is the percentage of parolees who do successfully complete terms of probation?

At the end of 2016, out of 4.5 million people in the correctional system, 875,000 people were on parole. Only 46% of all parolees successfully completed the parolee without violating any of the given conditions or committing a new crime. As a result, many return to prison. To be more precise, around 200,000 are back behind bars each year due to various violations.

Q: What are the national trends in probation?

The number of probationers in the 2000s was higher than it was in the next decade. The highest figure was recorded in 2007 (4.29 million). Since 2007, it has been decreasing.