Visa rules and regulations vary from country to country due to different immigration systems.

In some cases, getting your visa granted is a matter of course. In others, though, it requires submitting a lengthy application and a large number of legal documents to back it.

In other words, it’s quite complicated.

At The High Court, we decided to help you out by digging deep into the latest visa statistics and visa data.

Visa Statistics by Region and Visas by Country

According to the US immigration statistics, most visas went to individuals with a family-sponsored reference – 190,938. The second-highest category was immediate relatives, with 186,584 visas.

For comparison, the total number of immigrant visas issued in 2016 stood at 617,752, immigration statistics by year confirm.

Egyptians got the highest number – 6,401. At the other end of the spectrum, the African country that got only one US immigrant visa issued in 2019 was Western Sahara. 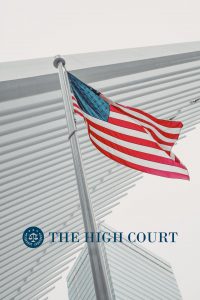 As we mentioned earlier, the highest number of immigrant visas went to Albanian citizens – 4,736 visas.

Some European countries didn’t get a single visa in 2019, including:

As you’ve probably noticed, most of these are overseas dependencies of European countries, which have tiny populations (or even no permanent populations at all), while others are micro-states.

Considering the question of US visas issued by country, the largest number of US immigrant visas went to Mexican citizens – 54,545, while the lowest went to Barbadians – 122. Roughly half all (74,236) were issued to immediate relatives of US citizens. The least number of visas were given to diversity immigrants – 163.

It should come as no surprise that the highest number went to Australian citizens. Some countries in Oceania didn’t even get a single visa in 2019:

9. Immigrants make up 13.7% of the current US population.

A Pew Research Center study from 2017 reveals that close to 14% of the US total population wasn’t born in the US. That’s equivalent to 44 million people.

In 2018, the total number of immigrants reached 44.8 million. This figure has quadrupled since 1965, with 59 million immigrants coming to the US during this period.

Today, immigrants’ share is three times more than in 1970, when immigrants made up only 4.8% of the US population. Nevertheless, the share is still lower than what it was back in 1890. In that year, 9.2 million immigrants lived in the US, comprising 14.8% of the total population.

Legal immigrant statistics suggest more than three-quarters of the immigrants in the US are legal. The number of illegals immigrants got three times higher between 1990 and 2007.

By 2017, however, it had dropped by 1.7 million or 14%. So, in 2017, there were approximately 10.5 million illegal immigrants who are liable for deportation. That year, approximately 27% of immigrants were permanent residents. Another 5% were temporary residents.

In 2019, about 800,000 immigrants applied for naturalization, according to US visa statistics. In fact, the number of applicants has risen in recent years. Even so, it remains well below the 1.4 million applicants in 2007. Although most immigrants apply for citizenship, that’s not always the case.

Mexican legal immigrants are least likely to apply for citizenship and have the lowest naturalization rate, legal immigration statistics reveal. At the same time, Mexican immigrants (both legal and illegal, including the so-called “dreamers“) accounted for 25% of the total in 2018. Some of the reasons for not applying for naturalization are lack of interest, financial and personal barriers, as well as the language.

12. Mexico, China, and India are the leading countries of origin of the US immigrant population.

Visa Statistics by Type of Visa Specifically, the citizens from the following countries weren’t allowed to apply:

14. The overall denial rates for immigration number of visas have increased by 37%.

Naturally, not all visa applications are successful, and the Green Card denial rate is changing over the years. Denial rates for all types of immigration applications have increased by a massive 37% since 2016.

The second-largest proportion of F1 Visas by region went to Europe, 53,840 or 14,8%. Students also have the F1 Visa to Green Card program that grants them a Green Card if they get married or find an employer willing to sponsor them.

The estimates show that the number of victims of human trafficking is between 14,500 and 17,500 annually. Each year, approximately 2,000 applications are filed, and around 1,500 visas are granted. Unfortunately, this type of visa is widely underutilized in comparison to the more popular visa type – U Visa.

The U Visa is available to victims of a much wider range of crimes, including human trafficking victims. U Visa statistics show the applications for this type of visa quintupled in ten years, from 11,000 in 2009 to 59,000 in 2018.

17. According to the Office of Immigration Statistics, the approval rate of O-1 Visas is between 80% and 95%.

In regards to the O-1 Visa (Individuals with Extraordinary Ability or Achievement), the most recent statistics are the following:

H2A Visa statistics show the number of issued visas for agricultural workers is rising on an annual basis. On the other hand, the highest peak of H-2A admissions was in 2017 (412,820).

The number of admissions exceeds the number of visas because one worker can be admitted several times on the same visa.

This is a crucial statistic on immigration.

21. In 2019, 35% of the respondents stated that the level of immigration should be decreased in the future, immigration statistics confirm.

Public debates on immigration rates can be quite heated. That same year, 37% thought the present levels were fine, whereas 27% believed they should be increased. In 2018, 39% were satisfied with the current levels, 29% wanted them to go down, and 28% wanted them to go up.

US immigration stats from recent years suggest that the number of immigrants will continue to rise steadily. In fact, immigrants and their children will account for a mind-blowing 88% of US population growth through 2065.

According to US immigration data, no other country has a higher number of resettled refugees than the US. In 2019, the total number of refugees resettled in the US was 30,000.

The Democratic Republic of the Congo and Myanmar are the largest origin countries. Ukraine, Eritrea, and Afghanistan are right behind. Of the total number of refugees resettled in the US in 2019, 16% were Muslims. The vast majority (79%) were Christians.

24. The immigrant share in 25 countries is higher than that in the US.

The US has the highest number of immigrants in the world. However, the immigrant share of the total population is not that high compared to other countries. According to the latest immigrant statistics, 25 countries and territories have a higher share of foreign-born people than the US.

Some of the countries with a greater share of foreign-born people are New Zealand, Canada, Sweden, Austria, Switzerland, and Australia, to name but a few. ALtogether, about 3%-4% of the world’s population lives in a country other than the one they were born in.

Iran is one of eight countries affected by the travel ban the Trump Administration introduced in 2018, along with Iraq, Libya, Somalia, Syria, Yemen, Venezuela, and North Korea. According to the travel ban statistics, the decrease in the number of immigrant issued visas is even higher for Yemen (91%).

We can conclude that the number of US immigrant visas has gone down in recent years. This trend seems likely to continue in the near future. According to USCIS statistics, in 2019, about 834,000 new citizens were naturalized in 2019, and 577,000 were granted permanent residence.

Visa statistics reveal the number of people who are waiting for a green card or naturalization went down by 14% and 12% from the 2018 figures.

Each Presidential Administration has its own immigration policy. And the issue, an inflammatory subject of heated public debate for so long, will continue to dominate the news headlines.

Q: How many Green Cards are issued each year?

When it comes to the number of Green Cards issued per year, it’s more than a million. According to the Green Card database, most go to the current Green Card holders and the families of US citizens. The other group of people that most commonly get a Green Card are workers from other countries who are looking for US employment.

Q: How many immigrant visas are issued per year?

According to the Department of State Visa Office, every year, the US government can grant up to 675,000 permanent visas in several different categories.

Q: How many visas are there?

There are 185 different types of visas. However, in the US, they fall under two main categories:

Q: How many K1 visas are approved each year?