Too many lives are lost because of drunk driving. In the US and globally, drunk driving is one of the most common reasons for premature death.

So, it should come as no surprise that drunk driving statistics are shocking and, at times, hard to believe. Sadly, many people seem to underestimate the danger of consuming alcohol and driving.

An unfortunate number of people of all ages lose their lives. Admittedly, some alcohol-impaired related crashes and accidents are not fatal. But the number of deadly accidents is scary nonetheless.

Governments are trying out different strategies to prevent drunk driving, including education and law enforcement.

Are you ready to learn about the must-know facts and stats on drunk driving in the US and worldwide with us at The High Court?

You’re in for a hell of a ride!

But first, let’s take a quick look at the top impaired driving stats.

US Drinking and Driving Facts and Statistics

1. 30 people die in alcohol-related accidents every day in the US.

This corresponds to one human life every 50 minutes. Although the number of victims has decreased significantly over the last three decades, there are still 10,000 United States drunk driving deaths per year. The deaths and damages were responsible for $44 billion in 2010, the last year for which cost data is available.

2. Drunk driving is illegal in every state in the United States.

Drunk driving has proven to be fatal. Unfortunately, this is still happening in the United States.

First of all, you can be arrested for drunken driving.

But worse still, there is a high probability that you will be involved in a traffic accident that will result in severe injury or death.

So, it should come as no surprise that driving with a blood alcohol level of 0.08 or higher is illegal in every state in the United States. All these measures are implemented to prevent driving under the influence accidents.

Drunk driving is illegal, and it’s a very dangerous crime. Strict enforcement of the laws against drink-driving since 1980 has helped reduce the number of drunk driving deaths per year.

There are several charges of disobedience against this crime, including misdemeanors, serious crimes, and penalties. Penalties for driving under the influence can lead to disqualification from driving, fines, and even imprisonment.

4. 10.7% of high school students in Arkansas drive a car or any other vehicle under the influence.

What percent of all traffic fatalities are alcohol-related?

Even though a full 28.75% of traffic fatalities are alcohol-related, Statistics of drunk driving deaths show the number of road deaths has decreased significantly over the last four decades.

First, he compulsory wearing of seat belts has significantly reduced the number of road deaths.

Second, airbags and other vehicle improvements have also contributed.

Third, several safety programs and activities have helped improve safety and ultimately save more lives over the years.

As per drunk driving deaths 2018 stats, two-thirds (7,051) of all alcohol-related deaths at the wheel were attributable to accidents in which at least one driver had a BAC 0.15 g/dl or more.

In 2018, according to drinking and driving statistics, the number of alcohol-related drivers involved in fatal accidents was higher in the three months of May, June, and July than during the rest of the year.

As far as weather conditions are concerned, 89% of alcohol-related fatalities in 2018 occurred in clear and cloudy weather, compared with 8% in rain and 3% in other conditions.

Last but not least, 69% of all drunken driving fatalities occurred at night, compared with 27% during daylight hours, 3% at dusk, and 1% at dawn.

In 2018, a total of 1,038 children up to the age of 14 were killed in traffic accidents involving motor vehicles. 231 children (22%) died in accidents as per drink drivers statistics.

11. In 2018, the rate of alcohol-impairment among drivers involved in fatal accidents at night was 3.4 times higher than during the day, drunk driving stats confirm.

In 2018, 31% of drivers involved in lethal accidents at night were alcohol-impaired, compared to just 9% of those during the day.

Additionally, 14% of all drivers involved in lethal accidents that occurred during the week were under the influence, compared with 28% at weekends.

The biggest decrease was in the percentage of impaired drivers involved in fatal accidents in a single vehicle at night – from 49% in 2009 to 40% in 2018.

12. 38% of the total number of road fatalities during the Labor Day Holiday Weekend in 2018 involved drunk drivers.

During the 2018 Labor Day Holiday Weekend, the total number of road deaths was 439, statistics on drunk drivers confirm. Moreover, 43% involved drivers who had been drinking.

13. In 2018 people between the ages of 21 and 24 were most involved in alcohol-related fatal driving accidents.

Do you wonder how common is drunk driving among different age groups?

27% of people between the ages of 21 and 24 had a fatal alcohol-impaired driving crashes. This means they are most likely to die in such accidents. In contrast, only 7% of 74-year-olds. 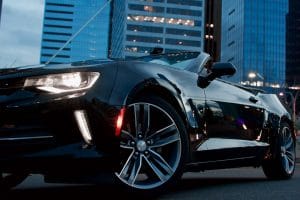 14. South Africa is one of the most dangerous countries when it comes to road safety.

According to recent drunk driving deaths statistics, one of the most dangerous countries is South Africa when it comes to road safety. The data shows 25.1 deaths per 100,000 annually.

Six out of ten deaths on the country’s roads are attributable to alcohol, drunk driving deaths per year worldwide.

In contrast, Canada has seen a 43% decrease in the number of fatal accidents since 2000. Still, the death rate due to alcohol consumption remains high for a developed country, at 34%.

In the United States, too, the number of deaths on the road caused by alcohol consumption is high at 31%, while the rate in Germany and, somewhat surprisingly, Russia, is only 9%.

15. 20% of fatally injured drivers from high-income countries had an excess of alcohol in their blood.

According to drunk driving death statistics, the number of fatally injured drivers with excessive alcohol differs in high- and low-income countries.

Facts About the Effects of Alcohol on Driving

16. At a blood alcohol concentration of 0.02, drivers experience a decrease in visual functions and a decrease in the ability to perform two tasks simultaneously.

Let’s take a look at some DUI facts:

The effects of alcohol on driving vary depending on blood alcohol levels. At a concentration of 0.05, drivers experience reduced coordination, reduced ability to follow moving objects, difficulty steering, and reduced response to emergencies while driving.

At a concentration of 0.10, drivers experience a reduced ability to stay in lane and brake appropriately. These facts about drunk driving are less known.

17. The effects of a blood alcohol concentration of 0.15 are a severe loss of balance and vomiting.

At a blood alcohol concentration of 0.15, a person experiences a severe loss of balance and vomiting, unless this value is reached slowly or they have developed a tolerance for alcohol.

When driving, this leads to a considerable inability to steer the vehicle, focus attention on driving, and provide the necessary visual and auditory information processing. These are some particularly serious driving while intoxicated facts.

DUI death statistics show that alcohol-impaired driving is not safe at all. Although there are many misconceptions about marijuana use, driving under the influence of alcohol, opioids, marijuana, methamphetamines, or other potentially debilitating prescribed drugs is illegal throughout the US.

Also, mixing alcohol with any of these is a recipe for disaster. And on that note:

Will there be many more fatal accidents involving alcohol-impaired driving?

You might be shocked to learn some of these gruesome numbers.

Alcohol-impaired driving is clearly extremely dangerous, and it has so many innocent victims besides the actual drunk drivers. So, next time, before you start drinking, plan your safe way home.

Q: What percent of drivers are drunk?

Based on statistics by the National Institute on Alcohol Abuse and Alcoholism, a person dies in a drunk driving accident every 52 minutes, which means that there are around 28 deaths per day. Most people know that drunk driving is extremely dangerous and an issue in our society. Yet, it continues to happen.

According to one study, one-third of all traffic crashes in the US are due to drunk drivers. On average, there are 10,000 deaths caused by drunk driving accidents every year. Men are more likely to be in a drinking and driving accident (21%), compared to women (14%).

Q: What country has the most drunk driving accidents?

South Africa has the highest rate of drunk driving fatalities globally, with 25.1 deaths per 100,000 total population.

Q: What city has the most drunk drivers?

Unfortunately, impaired driving plays a role in fatalities in all cities and states across the United States. DUI statistics show North Dakota, Wyoming, South Carolina, and Montana are among the states with significant drunk driving problems.

Q: What are the chances of getting hit by a drunk driver?

The statistics on drinking and driving shows that one out of three people will be involved in an alcohol-related driving accident in their lifetime. In fact, more people die in auto accidents than in airplane crashes or motorcycle accidents.

A concerning fact about alcohol-impaired drivers is that they are behind the wheel more than 300,000 times every day, but only 2,800 are arrested. In 2019, around 30 million people admitted they had driven under the influence in the United States.

Q: What time do most drunk driving accidents occur?

According to data collected by the National Highway Traffic Safety Administration (NHTSA), the largest percentage of fatal drunk driving accidents occur between midnight and 3:00 am, which is also when most bars close. 31% of the accidents happen on the weekends, and they are also four times higher at night than during the day.

Drunk driving statistics in the United States have shown a decrease in road accidents and an overall improvement in road safety in the 21st century, but there’s still a long way to go. That’s why people must be better aware of the latest drinking and driving information and the harm this type of irresponsible behavior can cause.