Even though people can be quite familiar with the term Social Security, in practice, they have a lot of unanswered questions. Some of those questions might be connected with the average retirement income by state or with the usage of the social security calculator.

That’s why at The High Court, we decided to look further into the most significant Social Security facts that may concern you. So, if you want to learn more about the latest social security statistics, don’t miss the chance to go over the extensive list we prepared for you.

Social Security is a social insurance program administered by the Federal Government, providing retirement, disability, and survivor social security benefits. In order to qualify for these types of benefits, workers pay social security taxes on their earnings. On the other hand, the supplemental security income (SSI) benefits are given out based on an individual’s need.

Here are the facts on Social Security and the actual numbers:

5. The average monthly family benefits in 2018 were $2,503 for a widowed mother or father and children.

6. Social Security’s combined OASI and Disability Insurance trust funds will be exhausted in 2035.

The Social Security Act was signed by President Franklin D. Roosevelt who started Social Security during his first presidential mandate. However, it is estimated that if no action is taken by policymakers, the combined Old-Age and Survivors Insurance (OASI) and Disability Insurance Social Security trust funds will be exhausted in the next decade.

It’s also very important to note that the estimates do not include the effects that the COVID-19 crisis has had on the trust funds.

You’re probably wondering what happens as soon as the trust funds are depleted? What would happen to the Social Security basics?

If no further action is taken by policymakers, Social Security will still manage about three-fourths of the planned benefits by funds sourced on Social Security taxes, which will be collected ongoingly. Some speculate about private Social Security in the future instead of the current pay-as-you-go framework managed by the Federal Government.

7. Up until the age of 70, the Social Security rate increases by 8% each year for those who delay taking it past full retirement age.

You must be at least 62 years old to be eligible for Social Security benefits. At this point, you’ll receive a reduced benefit. It must be noted that for those born after 1960, the full retirement age is 67.

Anyhow, the reduction for those born after 1960 is 30%. All reductions are permanent.

On the other hand:

Those who delay taking the benefit even though they're past full retirement age will receive an 8% annual increase until the age of 70, when the increases stop. Click To Tweet

8. Only a third of US households keep a detailed monthly budget.

The best way to reduce the reliance on Social Security is to save more. But saving must be done according to a budget plan. You need to use a Social Security estimator to get a clear picture of your Social Security benefits and then formulate a budget.

The good news is:

Nowadays, that’s quite easy, as you can find free software online that will create a plan for you. The only thing you need to do is follow the budget plan. 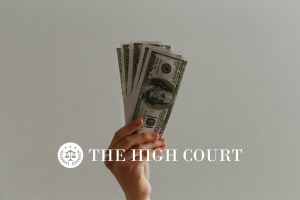 9. Social Security is planned to replace about 40% of a person’s pre-retirement income.

The SSA recommends recipients not to rely solely on Social Security and expect that it will cover a great portion of their monthly income. Because if you do so, you might risk a cut in benefits in the not-too-distant future. The retirement saving statistics indicate that additional sources of income are inevitable.

The AARP Foundation reports that about 37 million seniors are struggling to meet their most basic needs every day in the US. Due to the Coronavirus crisis and the consequent economic decline and isolation, seniors are experiencing greater hardship.

They face hunger, poverty, discrimination, and they’re socially isolated more than ever. This is the reason why Social Security is an essential support lever seniors can rely on.

Applying for benefits can be particularly challenging. The National Council on Aging (NOCA) provides support to seniors in a number of ways. It helps those qualified to enroll in different programs that pay for food, prescriptions, health care, and daily expenses. In 2019, NCOA supported the Benefits Enrollments Centers (BECs) in submitting applications for benefits worth approximately $467 million.

According to the Supplemental Poverty Measure (SPM), that figure increased to 14,1% (7.2 million). Moreover, the income of about 15 million older adults was 200% below the official poverty measure in 2017.

These figures have increased by about 21 million, the SPM report. The poverty rate has also increased for people aged 65 and older. Women, Blacks, and Hispanics are more likely to live under the poverty line and in poor health.

About 3 million women aged 65 and older receive below poverty measure income. However, under the SPM, this figure goes up to 4 million. On the other hand, 1.6 million men receive income below the official poverty measure, a figure that increases to 2.7 million based on SPM.

The livelihood of older women in the US can be challenging. Since the Federal Government began calculating the poverty rate in the 1960s, women have continuously been experiencing higher rates of poverty in comparison to men. The most vulnerable groups are women of color, LGBTQ women, and single women.

14. Social Security accounts for more than 80% of the total income for one-third of older women in the US.

These figures highlight further the level of livelihood hardship that women who are no longer part of the workforce and have little, or in the worst case, no savings, are facing.

15. More than one in three households with a senior face a high housing cost burden.

Many seniors face the risk of homelessness due to their inability to afford housing. One of the most shocking retirement facts is that many seniors don’t own their homes.

In fact, 8% or 8.7 million seniors households face a high housing burden, and more than one-in-five experience a severe cost burden. That is about 4.8 million or 21% that would need more than the cost of social security. This puts seniors at risk of homelessness, with those who rely solely on SSI being particularly at high risk.

The number of seniors will double in the next few decades, increasing to 88 million people. In the US, seniors will represent more than 20% of the population by 2050. The longevity of Americans has increased and so does the need to financially sustain a greater share of their own care.

These two factors motivate seniors to delay retirement. As a result, they remain in the labor force. In the next ten years, seniors will represent a booming segment. This will result in an introduction of phased-retirement and part-time work opportunities.

On the other hand, 29% lived alone, while only 9% lived with their family. This 9% included seniors living in other arrangements. 90% of those older American adults have children and are in contact with them (at least with one).

18. 97% of the elderly either receive social security or will receive it.

Social Security represents more than just a program for retirement. It’s life insurance, which is very important and it also provides disability insurance. The retirement stats show that in June 2020, more than 64 million people in the US collected Social Security. That’s equivalent to one-in-six Americans.

Social Security facts for 2020 imply that elderly people represent four-in-five benefit recipients. Meanwhile, one-fifth of Social Security beneficiaries are either included in the Social Security Disability Insurance (SSDI), or they were survivors or children of deceased workers.

19. Six million children under age 18 lived in families that received income from Social Security in 2019.

Out of the 6 million children, 2.8 million received their own benefits, as they were children of retired, deceased, or disabled workers. This figure includes children who lived in households with their parents or with other relatives who also received Social Security benefits.

20. Mothers with one child are entitled to 16% less than non-mothers in Social Security benefits.

Additional children decrease the benefit, each by another 2%. Mothers of one child earn 28% less in a lifetime than childless women. Besides, each child decreases by 3% the amount of money mothers earn in a lifetime.

Social Security has financed Americans for more than 80 years. It’s been an integral part of providing retirement, survivors, and disability benefits. When it comes to discussing the most important facts on social security, we can see that the average social security payment isn’t what most people are satisfied with.

Q: What are the 3 main types of Social Security benefits?

The retirement benefits are available for people that are over 62 years old and have worked for at least 10 years. For the disability benefits, people who cannot work due to any type of disability are entitled to these benefits. The survivor benefits can help bridge the financial gaps for survivors of workers and retirees. Supplemental security income benefits are tailored to help people who earn insufficient wages. This type of benefit is available to adults with disabilities, children with disabilities, and people older than 65.

Q: Why Social Security is bad?

Some people believe that Social Security is responsible for income inequality and that it has to be ended. It is thought that through this scheme the money of ordinary workers is being given out to the rich, due to the persistence of welfare fraud.

Also, Social Security only covers a portion of the expenses. In fact, the average social security income provides only 42% of the pre-retirement daily costs to the average American. There’s no announcement that the means provided by Social Security are going to be increased.

Q: What is the average Social Security benefit at age 62?

Q: What is the average Social Security check for 2020?

Q: How much does the average person pay into social security in a lifetime?

According to the Institute’s data and Social Security facts, a couple of two workers earning an average salary of $44,600 per person and turning 65 would have paid $722,000 to social security and Мedicare. Тhe expected benefits they’ll get would be $966,000.