Luckily, governments and organizations like the Coalition Against Insurance Fraud are putting in massive efforts to limit the damage.

To shed more light on this matter at The High Court, we dug deep into the most intriguing insurance frauds cases and the most significant fraud stats out there.

1. Annual insurance fraud in the US alone is estimated to exceed $40 billion.

You might be surprised to learn that this estimate of the cost of insurance fraud doesn’t even include health insurance. According to FBI insurance fraud statistics, about 7,000 US companies are part of the insurance billion-dollar industry. They collect premiums of about over $1 trillion each year.

And with plenty of corrupt insurance companies, the cost of insurance fraud is also a significant indicator of the size of the insurance industry. At the same time, it stimulates hard fraud and enables greater opportunities for such illegal activities.

Based on the latest insurance fraud statistics, the average US family faces annual premium costs of between $400 and $700 due to increased fraud.

2. Prosecutions in January 2020 decreased by 8% from the last reporting period.

According to the latest Department of Justice statistics on fraud, white-collar offender prosecution in January 2020 was the lowest since these numbers started being tracked under the Reagan Administration.

As of January 2020, only 359 defendants were prosecuted. The vast majority of the offenders were individuals and not businesses. And compared to just five years ago, prosecutions were down by 25%.

3. About 90% of the respondents of a 2019 insurance fraud investigation survey said they use technology to detect claim frauds.

About three-quarters of insurers say they face issues due to limited tech resources. Additionally, they have problems with data integration (76% of respondents). Data integration poses a particularly great problem to insurers in combating insurance fraud, and it has increased by 12% from 2016. 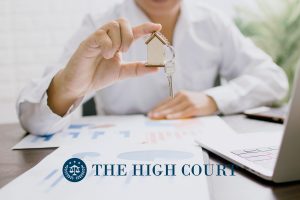 5. 40% of workplace-related deaths in 2018 were transportation-related accidents.

These accidents are the leading cause of death, resulting in 2,080 fatalities. Fatalities were most common among logging workers, pilots, flight engineers, roofers, and in the fishing industry. However, insurance fraud detection shows that not all workers’ compensation claims are real.

As per the data reported by the National Insurance Crime Bureau (NICB), there’s an annual cost of between $1 to $3 billion in California alone. And that’s huge, given that anyone who commits insurance fraud can get a sentence in county jail, a few months of probation period, and a criminal fine.

7. $6 billion of the government funding provided for reconstruction after Hurricane Katrina is estimated to be insurance fraud.

Hurricane Katrina caused about $100 billion in economic damage along the Gulf Coast in August 2005. About 1.6 million insurance claims were filed in relation to the storm that amounted to as much as $34.4 billion in insured losses. The government provided $80 billion for reconstruction. $6 billion of the funding is estimated to be insurance fraud. As with welfare fraud, these are astonishing figures.

When a major disaster hits a state, DUA benefits may be available upon a declaration by the President. States request insurance money for unemployment compensation via the Disaster Unemployment Assistance program. The Federal Emergency Management Agency (FEMA) administers a Disaster Relief Fund that grants funds to the Department of Labor for the DUA.

Fraudsters take advantage of such programs. Here’s a disaster-related insurance fraud example from 2016 that was only resolved in 2019.

9. After the Gulf Coast flooding in 2016, Renata Foreman of Independence, LA, made 50 application claims with stolen identities to get DUA by the Louisiana Workforce Commission.

In March 2019, after it was discovered that every claim was fraudulent, Renata was sentenced to federal prison for 111 months, with an additional 5 years of supervised release for fraud and identity theft.

It might come as a surprise, but staged-crash rings are huge. There are plenty of such examples of insurance frauds and false insurance claims. These staged crashes result in the injuring or killing of innocent victims and cost auto insurers billions of dollars every year.

Auto insurance stats reveal the injuries usually include sore backs or other soft-tissue injuries. Billing for unneeded treatment of phantom injuries is quite common, too.

On the other hand, auto claim fraud includes false vehicle driver reports, faked information about the miles driven annually, and lying to get coverage from the insurance while vehicles are garaged in locations where insurance rates are cheaper. 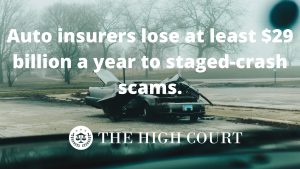 While it’s difficult to track arson insurance fraud, the following 2017 statistics are quite worrying:

There were 22,500 intentional structure fires that resulted in $582 million in property loss and caused 280 civilian deaths. Additionally, 8,500 vehicle fires were intentionally set.

13. Between 2014 and 2018, intentionally set fires accounted for 8% of the total, homeowners insurance claims statistics reveal.

The 8% of intentionally set fires resulted in 14% of the total civilian deaths and 7% of civilian injuries.

The notable decrease in health insurance statistics is a result of the reduction of improper payment rates in two particular claim categories – skilled nursing and home health claims.

15. Statistics suggest 49% of American adults are very or extremely concerned about the safety of their medical records.

Medical identity theft is a big deal, as Medicare fraud stats show. But only about half of American adults are well aware of the threat.

It may result in the wrong data being added to medical records, which is dangerous and ruins a victim’s credit. To make matters worse, the victim may also experience stress and large financial losses, as medical record clearance can be very costly.

Here’s a case in point:

In this particular case, the patients’ names and home addresses were linked to their medical records that included diagnosis, addiction history, HIV status, and more.

According to the Health and Human Services Office of Civil Rights, data breaches in healthcare are rising. Millions of medical records are lost and stolen.

Insurance claims are only one of the ways perpetrators use medical data. They also try to obtain prescribed drugs and expensive medical services. 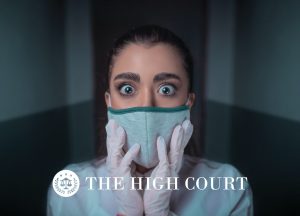 17. About 1%-3% of claims are investigated for fraud or misrepresentation or denied.

Life insurance is among the top 10 insurance frauds categories. An RGA survey of life insurance companies indicated that, while only a small percentage of claims (up to three percent) are investigated for fraud or misrepresentation or denied, fraudulent claim costs the life insurance industry between $10 and $20 billion each year.

18. 85% of life insurance companies have fraud investigation and prevention teams set in place.

It should come as no surprise that insurance fraud isn’t limited to the US. To get some perspective, we decided to look across the pond.

Here’s what we found:

Insurance claim statistics reveal there were a total number of 300 fraudulent claims and 2,000 soft fraud claims and dishonest applications a day, meaning that a new insurance scam turned up every five minutes. The total worth of the insurance claims scams was approximately £1.2 billion. This number marks a 5% increase in fake insurance claim cases from 2018.

As per the property and casualty insurance industry statistics for 2019, there was a rise of 30% in number and 8% in value from the previous year.

However, prevention measures and better reporting of application frauds introduced in 2019 and 2020 have resulted in a whopping 200% increase in detections. This measure was undertaken to prevent the most common insurance frauds.

22. In 2018, the cost of car insurance premiums went up by £50 due to an auto scam being committed every minute.

According to the Association of British Insurers (ABI), the high number of insurance scams was the reason for car insurance premiums going up. This is a kind of notice for drivers to keep safe and vigilant and reduce scams. Car insurance fraud losses between 2014 and 2017 totaled £631,000 due to ghost broking (fraudsters selling fake car insurance policies).

In general, insurance fraud statistics show insurance companies, the government, and private citizens are all victims of fraudulent behavior. Insurance fraud inflicts huge financial costs on everyone, and it’s not going away. That’s why more needs to be done to tackle this menace.

Q: What is considered insurance fraud?

Any type of action used to defraud an insurance process is considered insurance fraud. Whenever an insured individual takes advantage of the benefits that are offered to them or that they are not entitled to, they’re committing insurance fraud. The perpetrators can be insurance employees, claimants, or even fake insurance companies.

Q: Is insurance fraud a state or federal crime?

Insurance fraud isn’t a distinct offense by federal law. However, the federal government has jurisdiction over insurance fraud that affects interstate commerce, as it’s covered by the mail fraud and wire fraud statutes. Many state statutes include specific prohibitions on different types of insurance fraud.

Q: How do I turn someone in for insurance fraud?

If you are the victim of fraud or a scam or you suspect that someone is committing insurance fraud or is a part of it, you can report them to the Insurance Fraud Bureau (IFB) Cheatline by filling out an application form or calling 0800-422-0421.

Q: Who is victimized the most by healthcare fraud in the United States?