Did you know that the first malware was simple and experimental and didn’t even operate online?

Today, any malicious software is created with the intent of harming data, devices, or people. But as with many things, that wasn’t the case at first.

The primitive form moved around on floppy disks, which employees would carry around offices and transfer from device to device. However, malware spread rapidly as the networking went online, growing year on year.

Current malware statistics we collected for you at The High Court show the latest malware threats are focused primarily on business targets, with consumer attacks being less prevalent in the last couple of years.

Let’s take a sneak peek at what we have in store for you.

The Early History of Malware

Before we dive into the rest of the malware statistics, let’s have a look at some of the earliest versions of malware.

In 1971, Bob Thomas at BBN Technologies wrote the Creeper, an experiment made to test a program’s ability to move between devices. It included the message:

I’m the creeper, catch me if you can!

Wabbit, a program that replicated itself, making the system crash due to performance issues, followed in 1974. It got its name due to its speed.

A 15-year-old created the Elk Cloner virus in 1982. It was one of the first that spread on personal computers, sending a short poem to the infected device:

It will get on all your disks.

It will infiltrate your chips.

That’s definitely one of the more entertaining computer virus facts you’re likely to come across!

Brain Boot Sector Virus, or the “Brain.A,” which first appeared in 1986, was the first one to attack MS-DOS computers. Two brothers, Basit and Amjad, created it to test a Pakistani company’s software.

Then came email, and not long after:

2. The first email virus sent itself to 50 people at a time through Outlook in 1999.

Robert Morris was the first person to be convicted of designing malicious software back in 1988, when a worm infected the devices connected to ARPANET, devastating the network within one day

Ten years later, the first mass-emailed virus, the Melissa Virus, spread through Outlook by sending itself to 50 people at a time, gathering the address books data from the affected devices.

The world has witnessed multiple jumps in malware efficiency between then and now, with new malware trends emerging daily, followed by the creation of many protection tools and programs.

Here’s one of the early highlights:

One of the first very costly email viruses emerged in the Philippines in 2000, crippling a large number of users and corporations. Upon opening the message that said “Love letter for you,” the user’s computer would crash and send the same email to the first 50 email addresses on the user list.

One of the interesting malware facts is that the virus resulted in losses of $10 billion. Yes, as Scottish rock band Nazareth put it back in 1975, love hurts.

And on that note, back to the latest stats:

A worldwide survey of malware trends for the period from 2015 to 2019 revealed that attacks, including DDoS attacks, are generally on the rise.

5. Half of all malware attacks target the US.

Looking at malware statistics by country, the US remains the most targeted by far, with more than half of all the attacks aimed there, a total of 5,092.9 billion in 2018.

According to the latest malware statistics, the numbers of malware infections for the rest of the decade look like this:

7. Up to 93.6% of recent malware is polymorphic – able to change its code to survive.

According to a new malware report, 144.91 million new malware samples appeared in 2019. By mid–November 2020, there were 113.1 million new samples that year. Most of the malware in 2019 had the ability to alter its code to avoid detection, as 93.6% of it was polymorphic.

8. The average cost of a malware attack on a company is $2.4 million.

The cost in time looking at one malware attack usually is around 50 days, and the predicted spending by IT experts for the period from 2020 to 2025 will easily surpass $1 trillion, with a new computer virus batch numbering almost one million created every day.

Let that sink in for a minute. 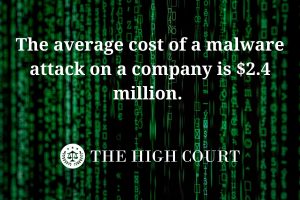 9. Anywhere from 600 to 800 infected websites are detected weekly.

10. Once new malware is released, it takes only 82 seconds for the first victim to infect their device.

Once an attack is successful, the target will be the next company within the same industry, and it will happen within 24 hours. With that in mind, let’s have a look at what caused the most recent malware attacks.

11. Websites can distribute malware for over six months until detected.

There are lists of known malware sites you can look up online, some of which have been distributing malicious or pirated software for over six months.

Here are some of the most malicious websites out there you should give a wide berth according to Norton computer virus statistics:

New threats aimed at attacking mobile devices grew by 54% in 2018 when 98% of all mobile malware targeted Android devices. The biggest danger came from third-party app stores, which held 99.9% of all detected mobile malware.

Around 100,000 groups in 150 countries were infected during a Wannacry virus global malware attack in 2017. The full cost of the attack came up to a whopping $4 billion.

It’s not all bad news, though:

Kovter emerged as the new computer virus to look out for in 2018 when it comes to stealing information. This sneaky malware and a ransomware downloader, which travels through email attachments, hides in a normal registry file. 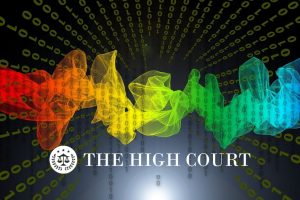 14. Trojans account for 58% of attacks on all operating systems.

According to the data from August 2020, Trojans were responsible for over 58% of attacks across all operating systems, followed by viruses at 13.02% and scripts at 9.39%.

When it comes to malware vs ransomware, the latter makes up for 0.78% of all attacks.

The remaining 1.45% of attacks were classified as other types of malware.

Malware statistics for 2020 show that up to 83.45% of all new malware programs have targeted the Windows operating system during last year.

15. Trojans are the most common type of malware attack on Android, with almost 94% of all incidents.

By March 2020, there were 482,579 Android malware samples a month. According to data gathered by AV-Test, Trojans were the most common type of malware when it comes to Android.

They were responsible for a massive 93.93% of all malware attacks carried out on this system, with ransomware coming in second, with 2.47% of all attacks. Password Trojans were the third most common kind, with 2.04%, while all other groups combined make up for the remaining 1,56%.

iOS vs Android malware statistics show iOS devices get infected in only 1% of malware attack cases. Click To Tweet

16. Trojan attacks make up 64.31% of attacks on the Windows operating system.

What do you need to know when it comes to malware vs antivirus? Will an antivirus program have the malware blocked, or do you need a separate program?

Antivirus will handle old, classic threats like Trojans, viruses, and worms. Anti-malware will focus on the fresh threats of polymorphic malware and malware delivered by zero-day exploits.

While malware statistics showing a certain stagnation in malware trends, there’s a noticeable shift towards industrialization, and attackers are more sophisticated and business-oriented. In fact, consumer threats have lowered by a couple of percent during the last couple of years, while the attacks on organizations have risen by over 10%.

Data privacy is rising to the top of the priority list, as is the improvement of privacy options in protection tools such as tracking blockers, tracking-free browsers, and encrypted calendars.

Q: What percentage of computers have malware?

Malware infection rates vary considerably from country to country. Looking at current computer virus threats and infected websites, the US is in the top ten most affected countries, with a malware infection rate of 30%. South Korea is in the lead, with 57% of computers being infected with some type of malicious software. Next on the list is China at 52%, followed by Taiwan at 43% and Bolivia at 40%. After that come the US, Honduras, Turkey, Ecuador, Russia, Slovakia, and Poland.

Q: How many malware are there?

Trojans account for the highest number of malware attacks, and most of them are conducted through email. A million new malware threats are released daily.

Q: What percentage of phishing attacks are successful?

Up to 65% of US companies report having been the victim of a successful phishing attack. This 10% higher than the world average, which stands at 55%. Up to 91% of all cyber attacks come through a phishing email – and no wonder when around 135 million phishing attacks are launched daily.

Q: What percentage of email is malicious?