Our online privacy and personal data have never been more vulnerable. And while we can easily – and naively – publish all of our information on the internet, we aren’t always aware of all the dangerous data breaches and widespread social media privacy concerns.

By studying the internet privacy statistics we’ve curated for you at The High Court, you can find out more about people’s online behavior and its consequences. And if you’re concerned about your online privacy, you’re not alone.

In fact, online privacy statistics show just how much people would like to remove their digital footprint and keep a low profile.

So, without further ado, let’s dive right into the latest internet privacy statistics.

Broadband statistic data reveals our homes are becoming full of virtual assistants and smart devices. And while it’s incredibly helpful, the rise of Internet 25 also has its downsides, such as allowing companies like Google and Amazon to spy on us by following our daily lives.

Digital giants like Apple, Google, Amazon, and Facebook are creating a monopoly in their respective sectors of the digital economy. And their influence goes beyond the digital world, as they often violate users’ privacy and even affect the democratic process.

2. 95% of the analyzed apps contain one or more forms of Dark Patterns.

Dark Patterns are meticulously crafted and malicious tricks that aim to deceive users into doing things they don’t mean to. That may involve sharing more private info or going through with unwanted purchases.

3. Six in ten adult Americans believe it’s not possible to go through their daily life without having their data collected.

The recent invasion of privacy statistics show the vast majority of American adults think their activities, both online and offline, are monitored by companies as well as the government.

Respondents believe data collection happens on a more or less regular basis. Simply put, adult Americans can’t imagine a day without someone following their every move.

4. 79% of American adults use at least one tool to obtain better control of their online privacy.

As people become more aware of online privacy issues and more informed about online data security, they recognize the need to have better control of their data. As a result, the vast majority are using a variety of online privacy tools.

To satisfy the growing demand to limit technology invading privacy, companies are developing a great range of privacy products, such as VPN and password managers. Such products are becoming more popular among consumers. 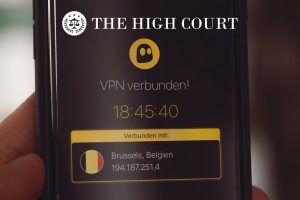 5. The data of nearly 87 million Facebook users was compromised in 2018.

The 2018 Cambridge Analytica case is probably one of the most popular internet invasion of privacy examples, which involved harvesting data of users without their consent. Cambridge Analytica was harvesting data through a third company and using it for the needs of a politically involved agency. This case was one of the turning points for Facebook and its online privacy strategy.

6. 85% of respondents indicated they believe at least one tech company is spying on them.

Internet privacy statistics show the overwhelming majority of respondents are convinced that tech companies are spying on them. Obviously, Facebook is at the top of the list, with 68% of respondents reporting that the social media company is invading their privacy. Additionally, 53% of the respondents suspect Tik Tok, the video-sharing social network, is gathering user data.

Facebook and Google dominate the digital ad market, and Facebook in particular documents how advertisers can target audience segments. At the same time, one of the more surprising online facts is that 27% of users are convinced Facebook’s classifications do not portray them accurately.

8. 74% of Facebook users reported that they weren’t aware of the existence of a list of their traits and interests.

Users can access part of the data Facebook stores on them in the “Your Ad Preferences” page relatively easily – but only about one-quarter are aware of that option!

But while it’s possible to opt-out of the ad targeting classification, you’ll still get ads on Facebook that are less targeted.

The privacy facts show there’s no way around ads whatsoever.

9. US Immigration and Customs Enforcement increased its spending on Universal Forensic Extraction Devices by $3.7 million.

Governmental agencies have access to personal data, which may seriously invade your personal privacy on the internet. For instance, US Immigration and Customs Enforcement (ICE) increased its spending on Universal Forensic Extraction Devices. It’s not entirely clear for what purpose the ICE utilizes such devices.

However, one of the internet privacy facts is that the agency can harvest data from social media and electronic devices obtained at the border.

Privacy and the internet in the US is a complex issue. In 2020, Congress introduced the Safeguarding American’s Private Records Act (SAPRA). SAPRA is about ending bulk data collection and improving transparency and surveillance oversight. It will also prohibit the collection of locations, browsing, and search history data.

The implications are huge:

The bill will affect US Internet privacy laws by preventing the sort of data collection usually done by intelligence agencies under Section 215 of the Patriot Act. Although Section 215 was reformed, it still allows the collection of an overwhelming amount of data. Additionally, citizens don’t get any notice of the data collection, as it is all carried out in secret. The 434 million phone records were collected after the reforms, internet privacy statistics for 2018 show.

11. 27% of respondents believe the government listens to their calls or reads their emails.

56% of American adults think courts don’t adequately limit phone and internet data collection. In regards to the dilemma of personal privacy vs national security, 70% believe surveillance data is used for purposes other than anti-terrorism efforts.

During the COVID-19 pandemic, the US Government adopted a greater range of online services. So, users have high expectations when it comes to protecting individual data and crucial funds from fraud and identity theft. As they become increasingly aware of the internet dangers statistics, users expect security and convenience from the online government services in the same way they demand security from the private industry. 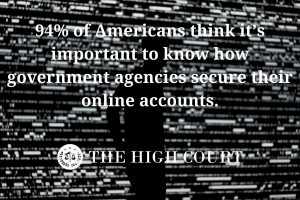 13. In 2019, about 50% of US internet users were more concerned about online privacy than they were the year before.

The US has more than 313 million internet users, which makes it one of the leading online markets globally. In the past two decades, the number of internet users in the US skyrocketed.

14. Identity theft and fraud are the top concern for 72% of respondents.

These top two concerns regarding data privacy are followed by stolen passwords (64%). Privacy concerns statistics show not knowing what personal information is used for is ranked third, with 59% of the respondent stating it as a data privacy concern.

Information being sold for profit is the fourth greatest concern for respondents (54%), Location tracking and not knowing how the data is collected are the next online privacy concerns, with 53% of respondents agreeing. Lastly, 41% of respondents are concerned with unsolicited marketing communication.

Strangely, within the Organization for Economic Co-operation and Development (OECD), the US is the only democratic system without federal data protection laws that guarantee online privacy and security.

16. 18% of respondents were more willing to share their personal information with companies they trusted.

The results come from a survey conducted between March and April 2019. Additionally, 16% stated they would be less likely to share personal data with companies if they received relevant ads. Only 4% of respondents stated getting relevant ads would increase the likelihood to share personal information online.

This example further proves that online privacy fears are real. Companies not only collect consumer data, but they often cross the boundaries in collecting data from their employees, too. A recent example shows that during the COVID-19 pandemic, one of the global leading fashion industry retailers, H&M, was fined for accumulating too much data from employees in the years before.

When it comes to internet privacy, we all somehow want to keep all of our information private but end up exposing even delicate data. Since nowadays pretty much everything is available online, this is a hotspot for cybercriminals who are constantly finding new ways to get to our data fast and easy.

Internet privacy statistics suggest there’s light at the end of the tunnel, though, as large companies have upped their data protection game. This has been quite helpful for individuals and companies around the world that are serious about internet privacy. Even so, we all need to be more conscious of what we do online.

Privacy on the internet refers to the level of online protection from snooping an individual has. It’s the unity of a range of technologies, protocols, and laws. Some internet privacy forms are mandatory privacy statements, data transparency initiatives, data sharing controls, and so on.

According to the latest internet privacy facts and statistics, some of the major issues are spying and mishandling information. Once someone is able to spy on you, they can access your search history and keep track of all your online activities. In most cases, this information can be handed to potential advertisers to get to you and show you their ads. However, in some cases, cybercriminals can use this type of information to carry out illegal or unauthorized activities or even target you with ransomware.

Q: How much personal data is on the internet?

Just to give you an idea, the combined data stored by Google, Amazon, Microsoft, and Facebook is estimated to be at least 1.2 million TBs. This figure doesn’t include other big providers and servers in academia and industry.

Online privacy is a human right, yet it’s also the currency of the future. You’d like to keep your personal data secure because, otherwise, it can be used as a tool for others to gain profit. Ensuring privacy will keep you safe from breaches, scams, and other illegal activities that are a growing concern, as the latest internet privacy statistics make abundantly clear.